I was inspired by a fellow blogger to post this! (Mission to a(nother) Marathon) (<-- a great blog that inspired me to start getting fit and run :) )

Age: 29 (in ~110 days I'll be 30)
Bed size: Queen... I would kill for a King right now!
Chore you hate: Kitty Litter or shoveling snow...
Dogs: Not now. I had one growing up Midnight!! she was the best!
Essential start of your day: My smoothie :)
Fav colour: I would have to say currently pink (which if you know me is very ODD!) a close second and used to be first is Emerald Green 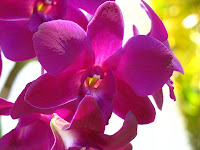 Gold or silver: White Gold (or silver...)
Height: 5'9"
Instruments: Piano, saxophone (well .. I did play for one summer not really good but hey) recorder (yes I know everyone played them in elementary school but I played soprano, alto and tenor and I still have them) and drums (not kit drums but marching drums... oh yeah I'm so cool!)
Job title: Lawyer.... 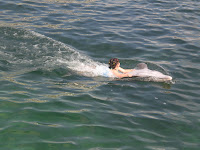 Live: Manitoba, Canada
Mom’s name: Irene (she'll likely kill me for this picture... good thing she is currently an 8+ hour flight away... and in her defense this was for Halloween with lil 'C)

Nicknames: Candy... but I haven't had anyone call me that since first or second year university.... other than that no one dares call me Cassie
Overnight hospital stays: Yup several :S
Pet peeve: noisy eaters/gum chewers... also people who smoke right out side the door ugh!
Quote from a movie: from How to Train your Dragon:

"Astrid: [Referring to Toothless] I bet he's really frightened right now... what are you gonna do about it?
Hiccup: Ehhh... probably something stupid.
Astrid: Good, but you've already done that.
Hiccup: Then something crazy...!
Astrid: That's more like it! "

Time you wake up: ugh I would rather not admit that right now :) but I am trying to change it1
Underwear: Of course!
Veg you dislike: Red cabbage ugh - the mere thought of it - gross!
What makes you run late: Let me count the ways....
X-rays you have had done: Ankle and other ankle, wrist, back/neck, teeth.. (I have a tooth laying sideways in my jaw - strange but true), abdomen, chest.... would it be easier to say never my thighs :)
Yummy food you make: everything :)
Zoo, favorite animal: Ground hogs
Posted by C. at 12:03 PM